You are here: Home / About / Board of Directors

The Gliknik Board of Directors has deep industry expertise with a track record for discovering and developing marketed drugs and generating successful exits for investors. 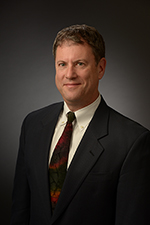 Dr. Block has served as a member of our Board of Directors since Gliknik was founded. He worked more than 12 years in a series of commercial positions at DuPont Merck and DuPont Pharmaceuticals including sales management, licensing, R&D portfolio planning, market development, and product launch. He was the EVP of International Operations at the time of the sale of DuPont Pharmaceuticals to Bristol-Myers Squibb. From 2002 to 2004, Dr. Block was the Chief Operating Officer of Celera Genomics. Prior to founding Gliknik, he formed and ran a venture-backed CNS start-up. Dr. Block received a BA from Wesleyan University in biopsychology, an M.D. from the University of Pennsylvania School of Medicine where he was class co-president, and an MBA in Entrepreneurism in Health Care from the Wharton School where he was the Beta Gamma Sigma scholar of his class. 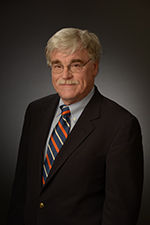 Dr. Friedman has served as a member of our Board of Directors since 2013. He is currently the Chairman and CEO of Madrigal Pharmaceuticals and was formerly the Chief Executive Officer of Incyte Corporation. Under Dr. Friedman’s leadership, Incyte developed and launched Jakafi® (ruxolitinib), an FDA-approved drug for patients with intermediate or high-risk myelofibrosis. From 1994 to 1998, Dr. Friedman served as President of R & D for the DuPont Merck Pharmaceutical Company and from 1998 to 2001 as the President of DuPont Pharmaceuticals Research Laboratories, a wholly owned subsidiary of the DuPont Company. From 1991 to 1994, he served as Senior Vice President at Merck Research Laboratories. In these positions, Dr. Friedman has overseen the discovery and development of numerous drugs and brought Sustiva® (efavirenz) to market. Prior to his work at Merck and DuPont, Dr. Friedman was an associate professor of medicine and pharmacology at Harvard Medical School. Dr. Friedman is a diplomate of the American Board of Internal Medicine and a member of the American Society of Clinical Investigation. He received his A.B. in biology from Princeton University and his M.D. from Harvard Medical School. Dr. Friedman currently serves on the boards of directors of Alexion Pharmaceuticals, Inc., Prelude Therapeutics, and Madrigal Pharmaceuticals, Inc. He has previously served on the boards of directors of Incyte Corporation, Durata Therapeutics, Cerulean Pharma Inc., Verastem, Inc., Navitor Pharmaceuticals, and Auxilium Pharmaceuticals.

Mr. Lerner has served as a member of our Board of Directors since 2014. He is a Partner in Chesapeake Partners, a firm that he co-founded in 1991 to achieve above-average returns through “event specific” investing with a value overlay. Chesapeake Partners converted from being a hedge fund into a family investment office in 2016. Mr. Lerner has extensive investment banking experience analyzing, acquiring and managing a wide variety of businesses. Previously, Mr. Lerner worked with Resource Holdings Capital Group, a firm that invested and managed a leveraged buyout fund. Prior to that, Mr. Lerner participated in the acquisition and management of businesses, worked in the mergers and acquisitions group at Merrill Lynch Capital Markets, and was a credit analyst at the J. Henry Schroder Bank and Trust Co. Mr. Lerner earned a B.A. from the College of the University of Pennsylvania and a B.S. in Economics from the Wharton School of the University of Pennsylvania. He is Co-Chair of the Board of Baltimore’s Promise, a citywide collaborative whose mission is to coordinate strategy, identify quality programs, support alignment activities, establish shared measures for meaningful results, build public will, and advance policy on behalf of Baltimore City’s youth. Mr. Lerner is also a Director on the Board of Teach for America: Baltimore, a member of The Undergraduate Executive Board of the Wharton School of the University of Pennsylvania, a Distinguished Advisor to the Association of Universities for Research in Astronomy and was appointed a member of the Mayor of Baltimore’s Pay for Success Work Group. He served as the Chairman of a capital campaign that raised in excess of $16 million for The Park School of Baltimore, and completed a three year term as President of its Board of Trustees. Mr. Lerner co-chaired the Johns Hopkins Children’s Center Advisory Board, spearheading a campaign that raised more than $100 million needed to build a new Children’s and Maternal Health Hospital.

Richard S. Levy, M.D. has served as a member of our Board of Directors since 2014. From December 2016 until May 2019 Dr. Levy served as a Senior Advisor of Baker Bros. Advisors LP, a registered investment adviser focused on long-term investments in life-sciences companies. From January 2009 to April 2016, Dr. Levy served as Executive Vice President and Chief Drug Development Officer of Incyte Corporation and prior to that as Senior Vice President of Drug Development beginning in August 2003. Dr. Levy served as Vice President, Biologic Therapies, at Celgene Corporation from 2002 to 2003. From 1997 to 2002, Dr. Levy served in various executive positions with DuPont Pharmaceuticals Company, first as Vice President, Regulatory Affairs and Pharmacovigilance, and thereafter as Vice President, Medical and Commercial Strategy. Dr. Levy served at Sandoz, a predecessor company of Novartis, from 1991 to 1997 in positions of increasing responsibility in clinical research and regulatory affairs. Dr. Levy also currently serves on the Boards of Madrigal Pharmaceuticals, Kodiak Sciences, Kiniksa Pharmaceuticals and ProTara Therapeutics, all publicly traded biopharmaceutical companies. Prior to joining the pharmaceutical industry, Dr. Levy served as an Assistant Professor of Medicine at the UCLA School of Medicine. Dr. Levy is Board Certified in Internal Medicine and Gastroenterology and received his A.B. in Biology from Brown University, his M.D. from the University of Pennsylvania School of Medicine, and completed his training in Internal Medicine at the Hospital of the University of Pennsylvania and a fellowship in Gastroenterology and Hepatology at UCLA. 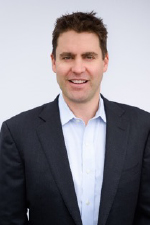 Mr. Rusconi joined the Gliknik Board in 2021. He is the CEO of Sharpen, an educational technology platform, which is developing a multimodal approach for earlier identification of and intervention solutions for children at higher risk of developing learning and reading differences. Mr. Rusconi is also a co-founder of First In Ventures, an entity that invests across the biotech and life sciences space. First In Ventures is an Illumina Accelerator partner supporting selected early-stage companies entering the accelerator.

Mr. Rusconi began his career as a financial trader on one of the first high-frequency trading desks on Wall Street.  While at BNP Paribas and Macquarie, he built proprietary trading teams across Asia and North America. He served as country and global head of high-frequency, quantitative, and fundamental driven strategies over the course of his career while working in Sydney, Tokyo and New York. He received his BS in Finance from Villanova University. 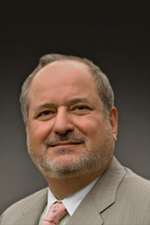 Dr. Schinazi is the Frances Winship Walters Professor of Pediatrics and Director of the Laboratory of Biochemical Pharmacology at Emory University and Director of the Scientific Working Group on Viral Eradication for the NIH-sponsored Emory University Center for AIDS Research (CFAR). Dr. Schinazi received his B.Sc. (1972) and Ph.D. (1976) in chemistry from the University of Bath, England. He has authored over 600 peer-reviewed papers and seven books and holds over 100 issued U.S. patents, which have resulted in 26 New Drug Applications (NDA). A world leader in nucleoside chemistry, Dr. Schinazi is best known for his pioneering work on HIV, HBV and HCV drugs d4T (stavudine), 3TC (lamivudine), FTC (emtricitabine/Emtriva), LdT (telbivudine), and sofosbuvir (Sovaldi), which are now approved by the FDA. He is also the inventor on the use of baricitinib for the treatment of COVID-19 under an FDA Emergency Use Application. He is a founder of five biotechnology companies including Pharmasset Inc. (acquired by Gilead), Triangle Pharmaceuticals (acquired by Gilead), and Idenix Pharmaceuticals (acquired by Merck). More than 90% of HIV-infected individuals in the U.S. on combination therapy take at least one of the drugs he invented with hundreds of thousands of others treated worldwide. His contributions related to HCV cure have already had a profound positive impact on more than 70 million people worldwide suffering from chronic infection. Dr. Schinazi served on the Presidential Commission on AIDS and is the recipient of numerous distinguished awards including the French Légion D’honneur. He served for 35 years for the Department of Veteran Affairs as Senior Research Career Scientist. He currently serves as a Board member for the International Centre for Missing and Exploited Children (ICMEC).